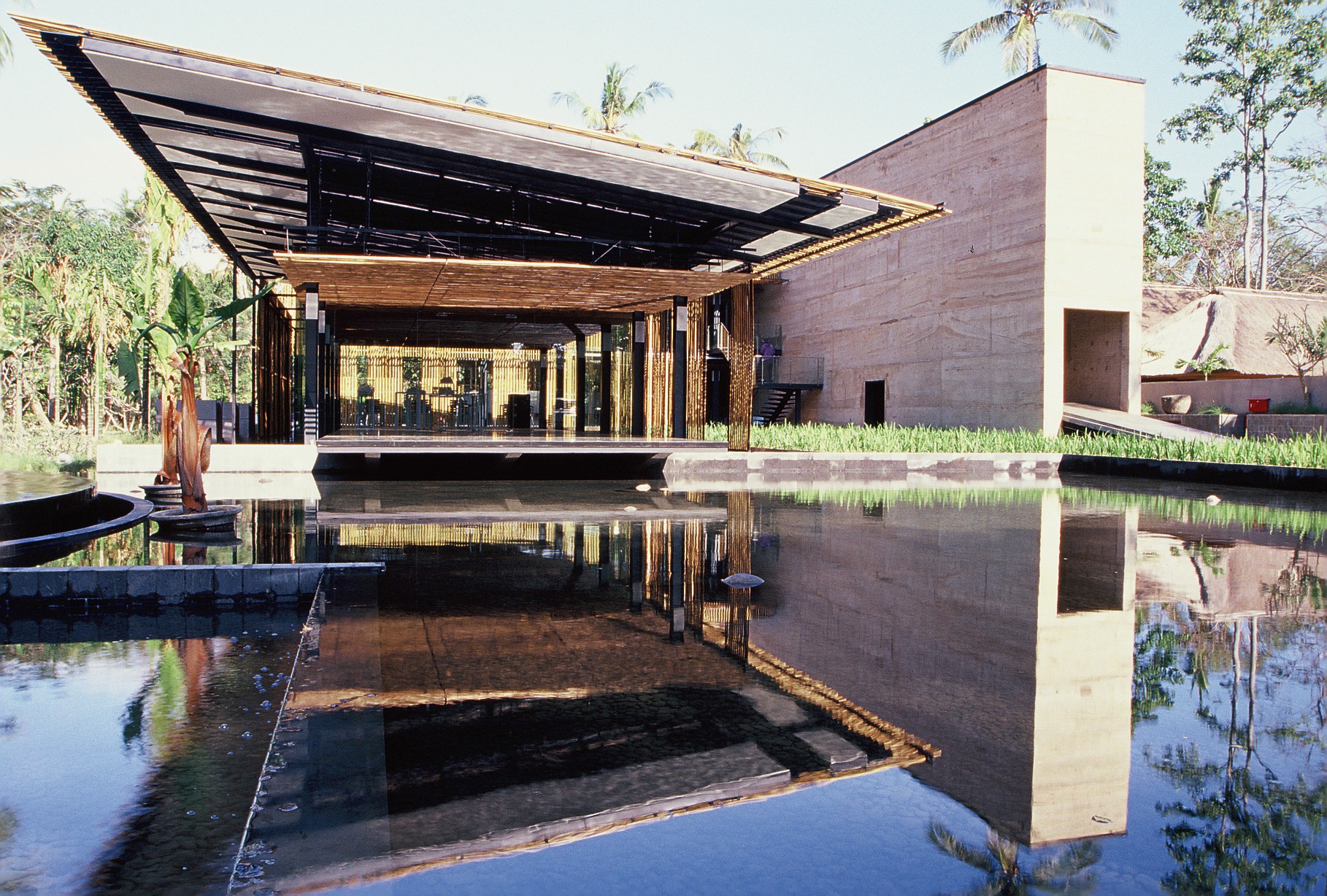 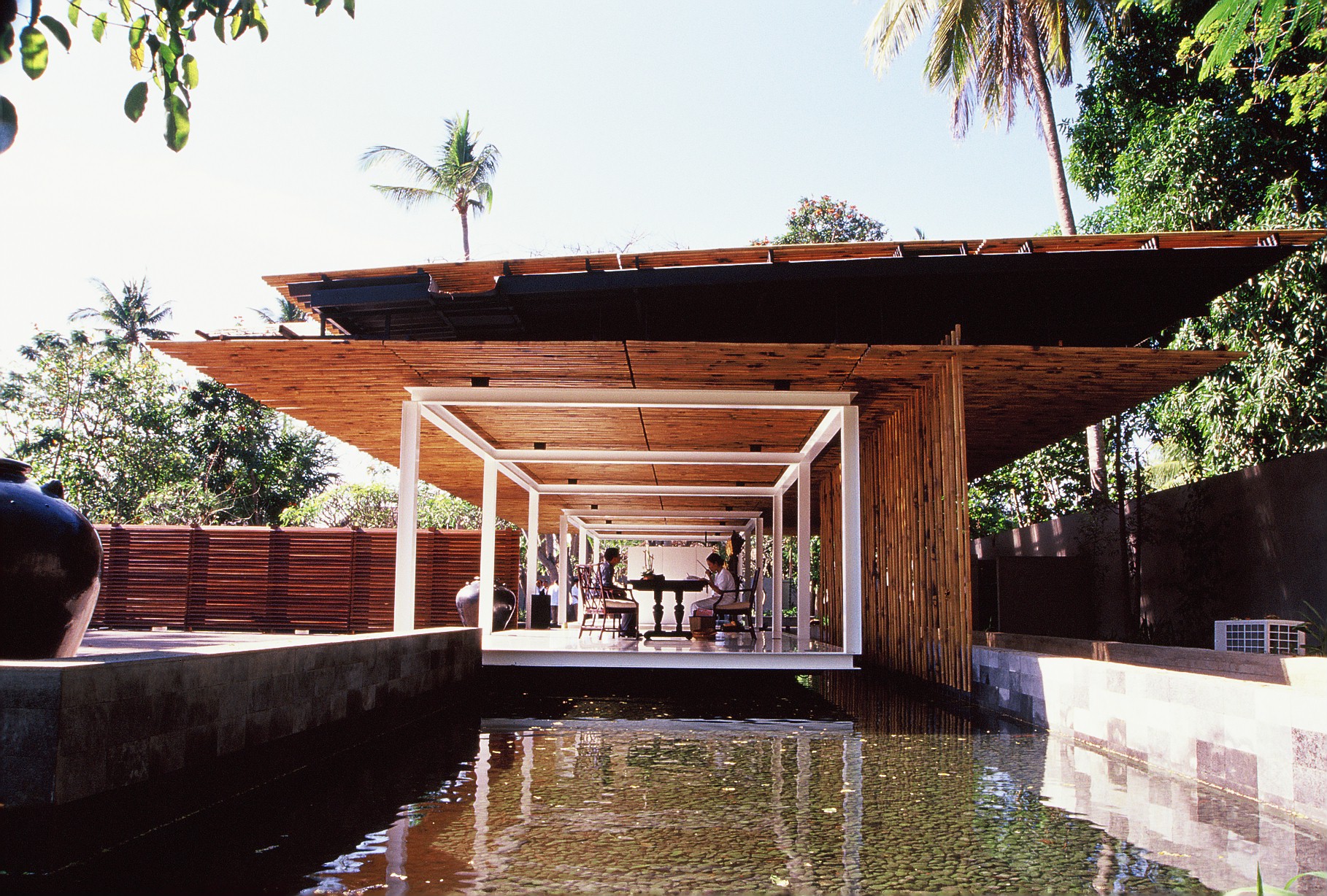 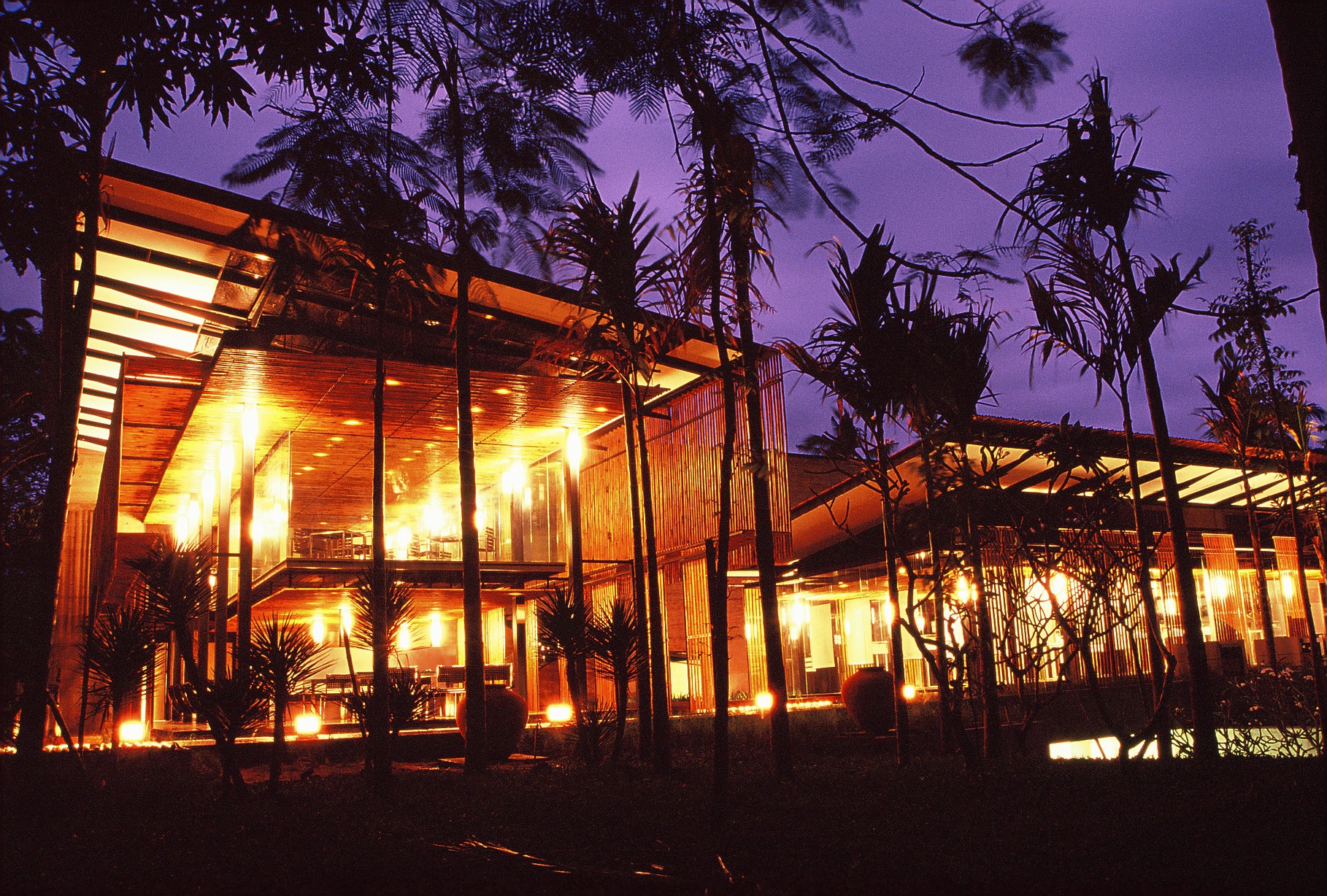 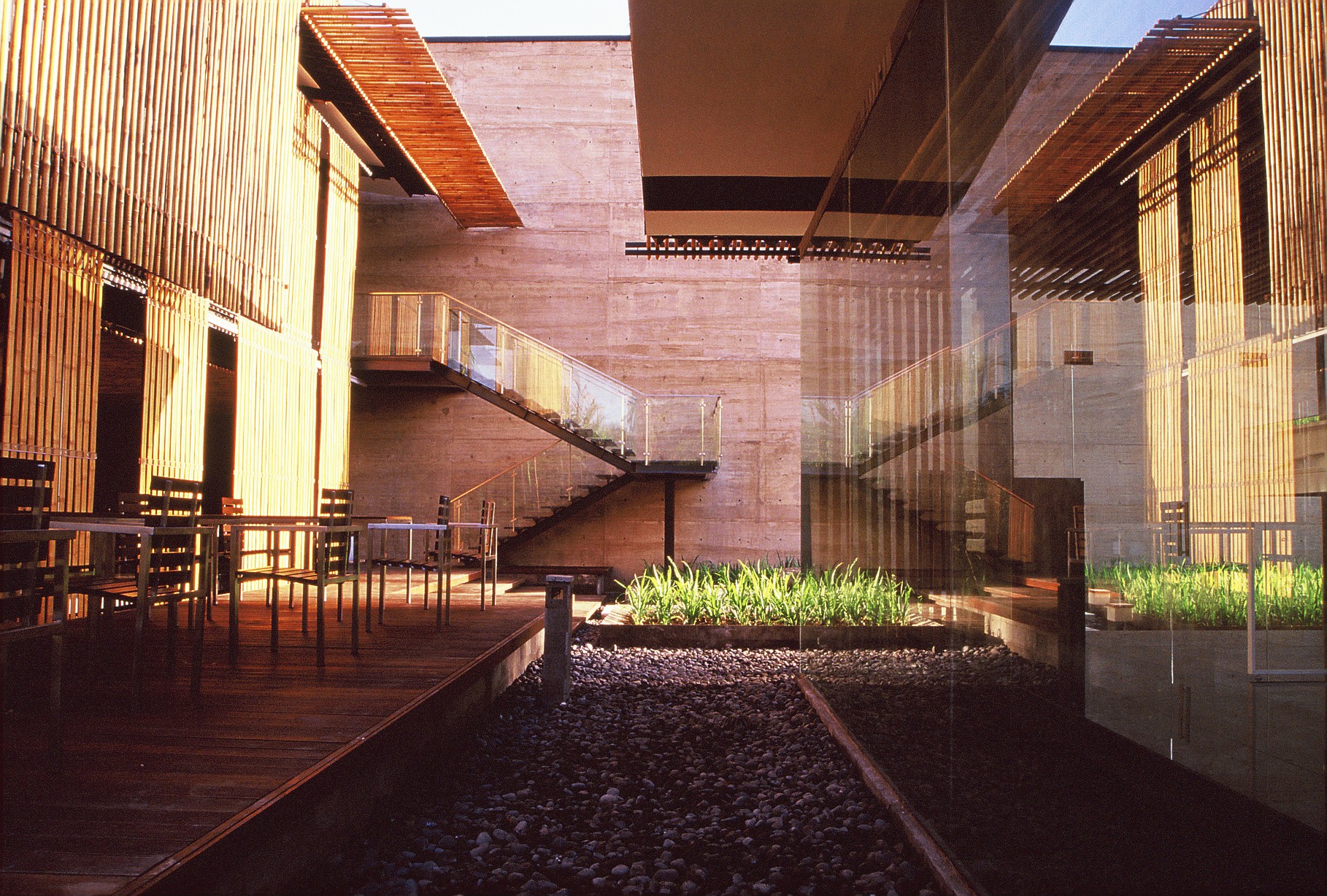 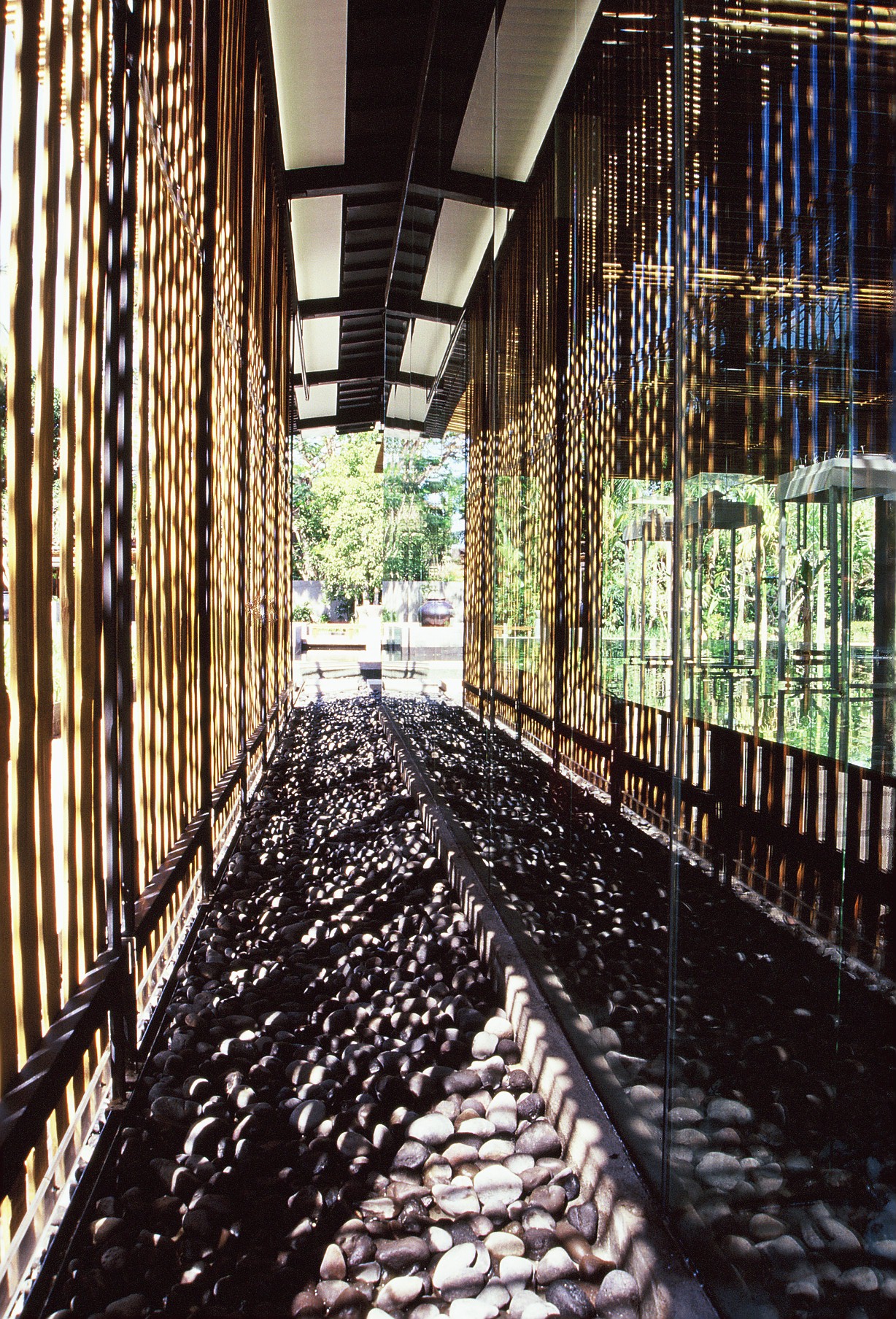 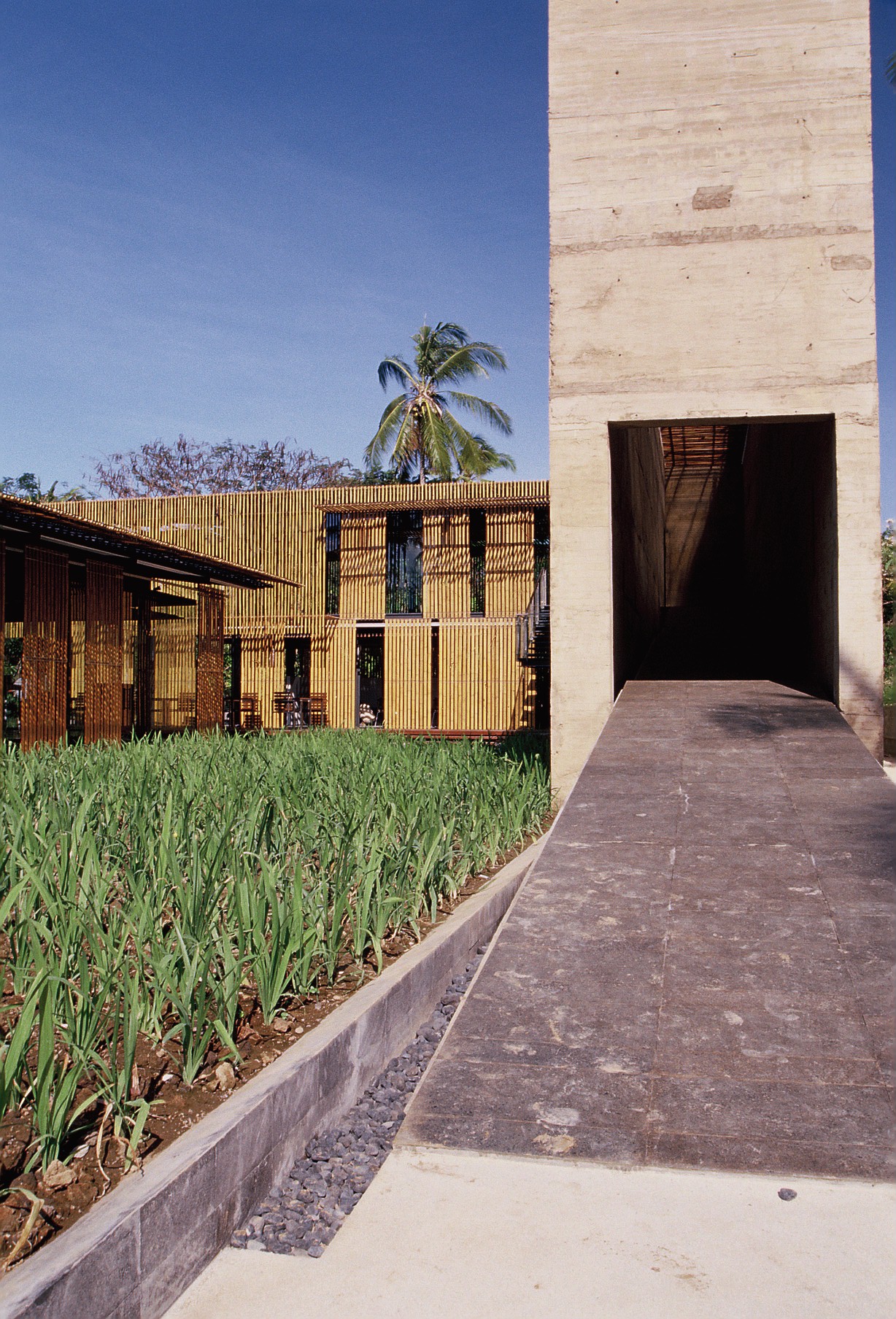 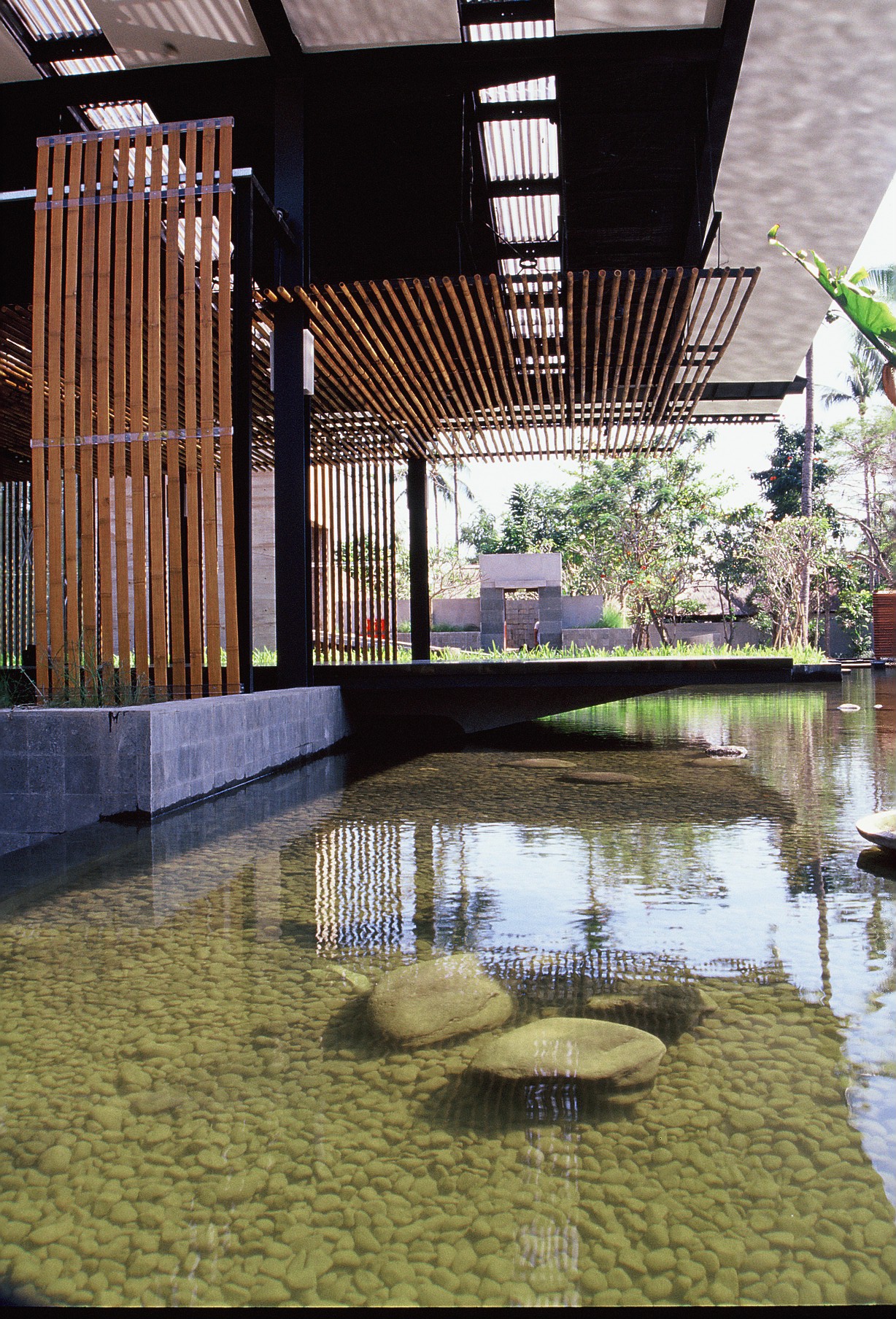 Instead of applying a modern Bali courtyard system, the design idea of this restaurant is based on a temporary building called Taring or Tetaring, which is usually built for ceremonies in Bali. It’s mass arrangement is divided into three parts that present the open space among those buildings. The high clay buildings are an interpretation of the low-tech buildings of the era of Bali Aga. Their function as a barrier for more private spaces in some private villas. The walls are built from clay. A ramp leads us to the main reception space. We are brought to a definite, narrow and tall scale. The foyer on the second floor will offer options for dining spaces, either inside or outside the buildings.

The universal glass technology space concept creates a transparent space, yet one which is redefined by the moveable chapped bamboo partitions, which themselves re arrange to become sliding partitions as sun penetration device.

The space created is more ambiguous, biased and becoming more private / semi private as well as more public. Meanwhile the columns and walls are liberated from their relations.

The presence of those flying spaces is absolutely brought by the clear definition of the flying ceiling. The unsupported columns and floor have their limits which are also not related directly to the glass walls and columns, floors and the chapped bamboo partitions, which at once are redefinition of a vernacular architecture around Bali that for centuries have been using bamboo as the main element for building their houses.